It is difficult to trace the exact history of creamed spinach, as the dish has likely evolved over time and may have been influenced by various culinary traditions. Spinach has been cultivated for thousands of years and was popular in ancient cultures such as ancient Persia and ancient Rome. It is likely that creamed spinach, or a similar dish, has been made for just as long, as cream has been used in cooking for centuries as a way to add richness and flavor to dishes. The method for making creamed spinach has likely evolved over time, with various ingredients and techniques being added or altered to suit changing tastes and preferences. Today, creamed spinach is a popular side dish that is enjoyed in many countries around the world. 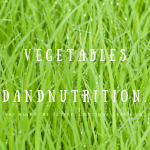