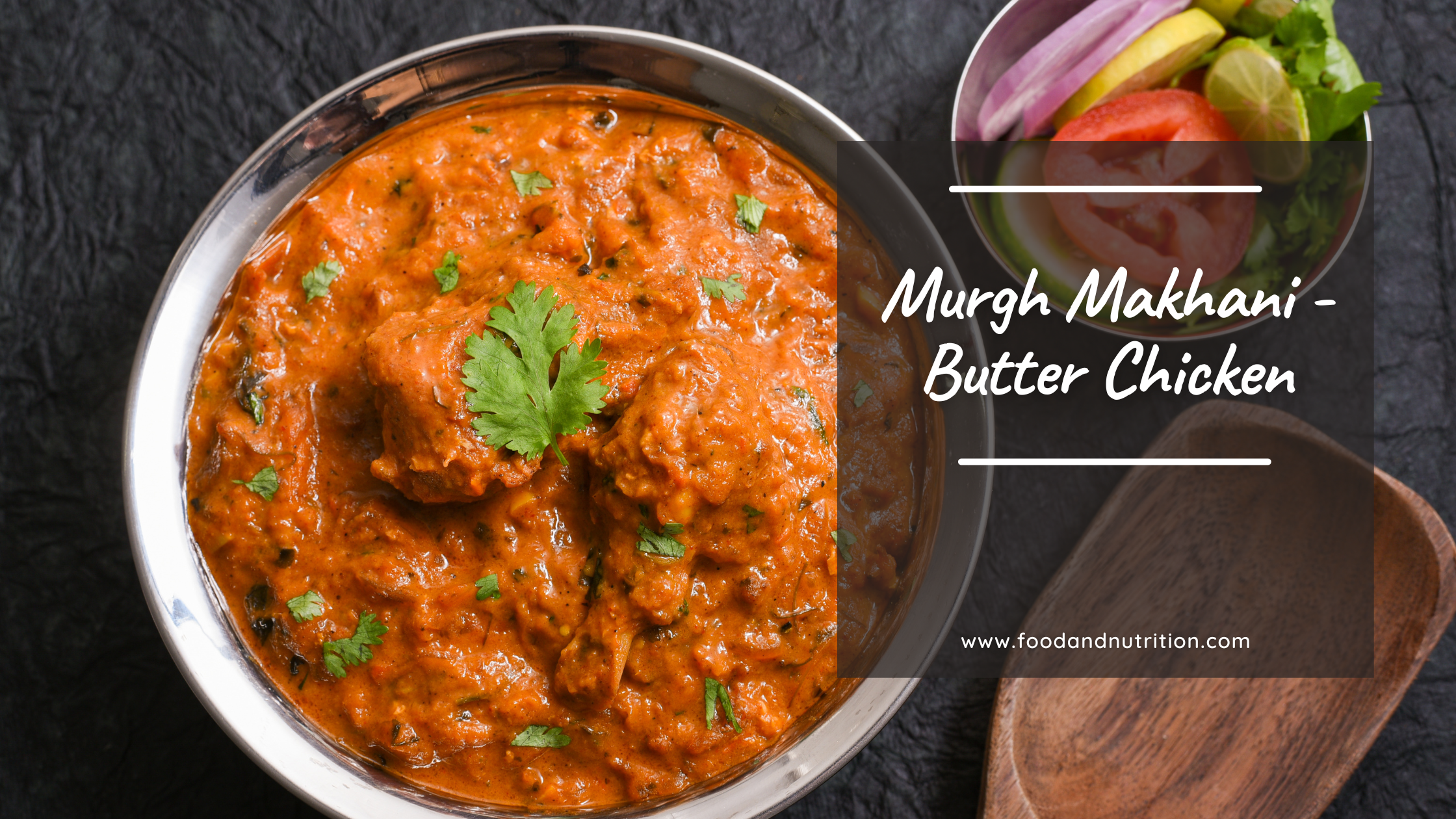 Murgh Makhani, also known as Butter Chicken, is a popular Indian dish that is made with boneless chicken pieces that are marinated in a mixture of yogurt and spices, then cooked in a rich tomato-based sauce that includes butter and cream. It is a mild and creamy dish that is flavored with a blend of aromatic spices, including garam masala, cumin, and coriander. It is typically served with rice or naan bread.

Butter Chicken is popular in many parts of the world, especially in countries where Indian cuisine is popular. It is a staple of Indian restaurant menus and is enjoyed by people of all ages. The dish is thought to have originated in the Punjab region of India, but it is now enjoyed all over the country and around the world.