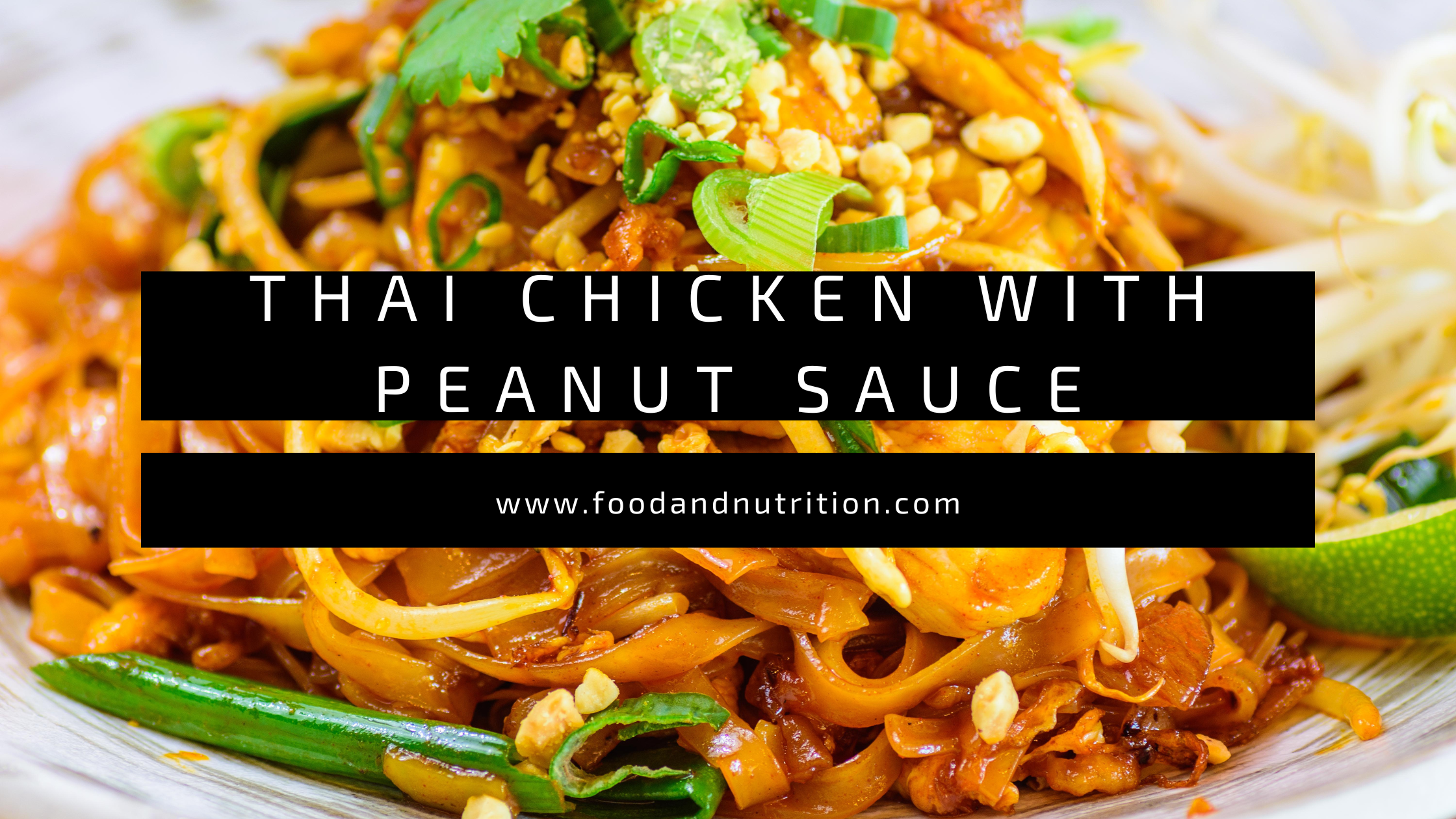 Thai chicken with peanut sauce is a popular dish that has a history that can be traced back to the cuisines of Southeast Asia. It is believed to have originated in Thailand, but variations of the dish can be found in other countries such as Indonesia and Malaysia.

The dish typically consists of chicken that is marinated in a mixture of soy sauce, lime juice, canola oil, minced garlic, and ground ginger. The marinated chicken is then cooked and served with a peanut sauce that is made by mixing peanut butter, chicken broth, sugar, salt, and red pepper flakes. The dish is often served over spaghetti and garnished with chopped scallions and peanuts.

People enjoy this dish for its unique combination of flavors and textures. The combination of the savory marinated chicken with the creamy and slightly sweet peanut sauce is a perfect balance of flavors. The dish is also relatively easy to make, making it a popular choice among home cooks. 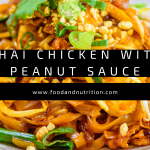 Variations of the dish can include different types of protein, such as shrimp or tofu, and the addition of vegetables, such as bell peppers or mushrooms. Some versions also use coconut milk instead of chicken broth to give the sauce a richer and creamier texture.

Overall, Thai chicken with peanut sauce is a delicious and versatile dish that continues to be popular among food enthusiasts around the world.